My field research area was Gulu district. The places included in the study were; Pece, Lujorongole, Layibi, Vungatira, Coope Municipality, Gulu Ward A. I also went to Amuru district in Northern Uganda where two important rituals were taking place i.e. moyocer and burying of bones (moyomerok). In all these places the phenomenon of ritual was evident and the people knew clearly what ritual is as this thesis unveils. The research assistant and I moved within Gulu municipality conducting interviews and gathering information from different informants. This however, was done after I had introduced myself to the Gulu district authorities. I went to the office of the Resident District Commission from whom I obtained a written document allowing me to proceed with my field study.

I went to the field three times i.e. February 2008, January 2009 and January 2011. Throughout those three field trip experiences I was enthusiastic, expectant and confident that I would obtain the data I needed. I must admit that I also had my fears and anxieties, for example, I wondered what it would be like for my family if I got abducted myself. I also made an extra trip in October 2010 for a dissemination workshop. Anyone doing an ethnographic study knows the joys and tears of field research. In the following section I present my field research experiences.

In the company of my research assistant I visited the Gulu support the children organization, Layibi sub-ward, Bardege A, and Coope Camp. I obtained valuable information orally through interviews and through observation. All through that time I encountered formerly recruited girls who had served as soldiers in different capacities. I saw their living conditions and carefully listened to their experiences of rituals which they had performed. Hearing and seeing these young girls share their stories of life in captivity was an eye opener to me, who had not been very close to the reality of the conflict in Northern Uganda.

In January 2009, I made another trip to Gulu district. This was for purposes of filling in the gaps which had been identified during data analysis. This second field study trip was very informative and served the purpose of clarity. It was on the 23rd January 2009 that I visited Amuru district a Pabwo village where I witnessed the burial of bones and moyo cer, the ritual of cleansing of the land which were vital in the context of reintegration. Especially, because people were returning to their original homesteads where they had to rebuild and settle once again. By this time I had established connections with the deputy Rwot whom I had interviewed in 2008. We had established a certain degree of trust and so, he called me to go with a team to Amuru, where the rituals were going to take place.

In October 2010, I participated in a dissemination workshop in Gulu which formed an important experience of my research process because I presented my findings The participants contributed towards the validation of the findings. My third field research trip took place in January 2011. This served the purpose of concretizing earlier findings and making further clarifications, as well as doing a final observation of the process of reintegration of the formerly abducted girls, with regard to whether rituals played an important role in their lives as they settled down in the community. 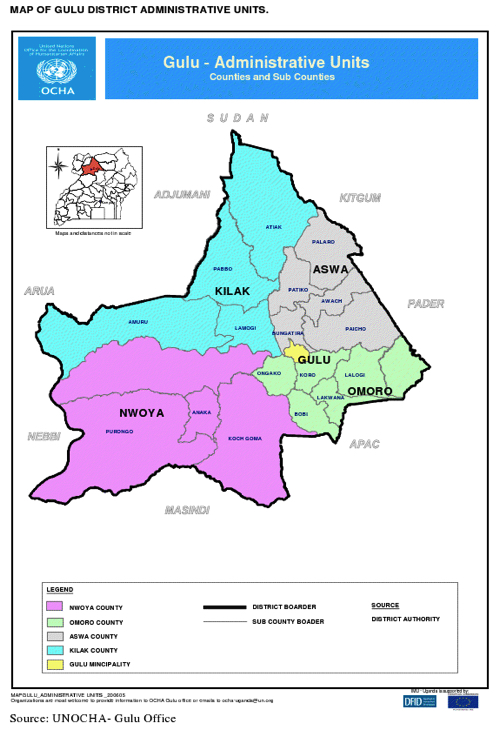 This entry was posted in fieldrepo. Bookmark the permalink.