The research plan of this project is comprised of three following phases.

At the first stage, we identify the problems that African society faces within historic processes and social changes, and bring to light various kinds of politico-economical, socio-cultural and ideological ways to deal with them.
At the second stage, we examine the effect and mechanism of “African potentials” through the comparison of each way of problem-resolution.
At the third stage, we identify the domains in which “African potentials” functions effectively in problem solving, and concentrate our efforts on organizing an intensive joint research concerning those domains.

Therefore, the research method is as follows: to set up two research teams in each of the three fields (nature and environment, society and co-existence, body and succession), and to create a special team that will integrate all findings and results of each research teams and will energize the unitary connectivity of the six research groups. The research teams are characterized by core participation of woman researchers and researchers from Africa of each generation, and by participation of eight front-line African researchers who created and developed the idea of “African potential” together. 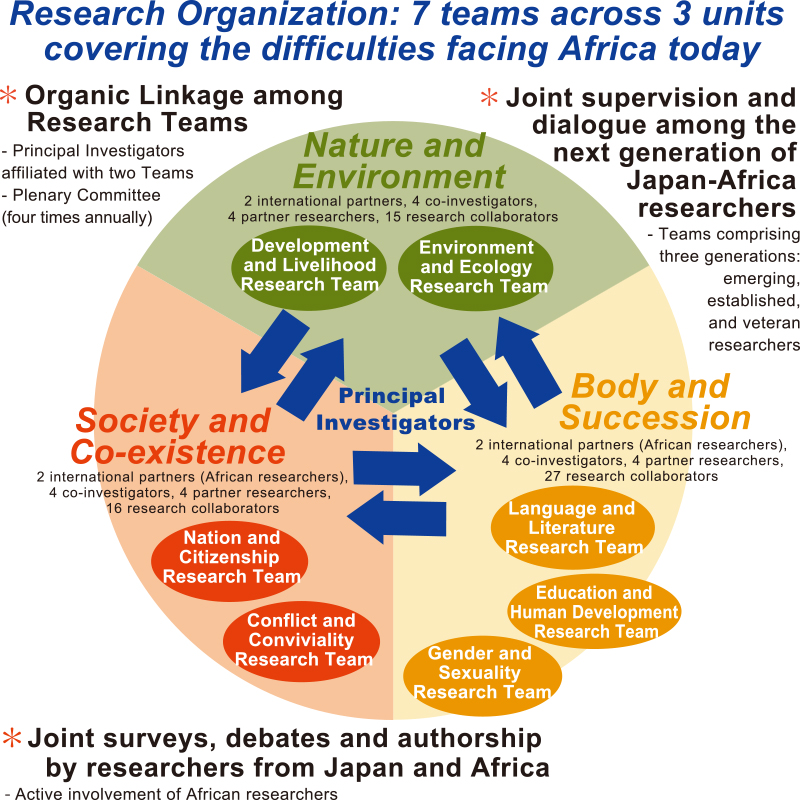 As shown in the figure, this project is made up of long-term fieldwork, joint research forums and Plenary Committee meetings, and dissemination of findings. In the project’s final year, we plan to publish three volumes of collected papers in English through Langaa RPCIG in Cameroon, under the title African Potentials.

There are also systems in place to deal with any problems that emerge in the course of the project. In the event of civil war or other conditions that render the continuation of research activity unfeasible, co-investigators will move to a second field site at which they can continue their research from the same standpoint as before. In addition, a mid-term review will be conducted at the conclusion of the second phase of the project, and adjustment of research roles and reconfiguration of research teams will be considered in order to focus the project’s research on the themes most suited to the task of exploring the workability of African Potentials. 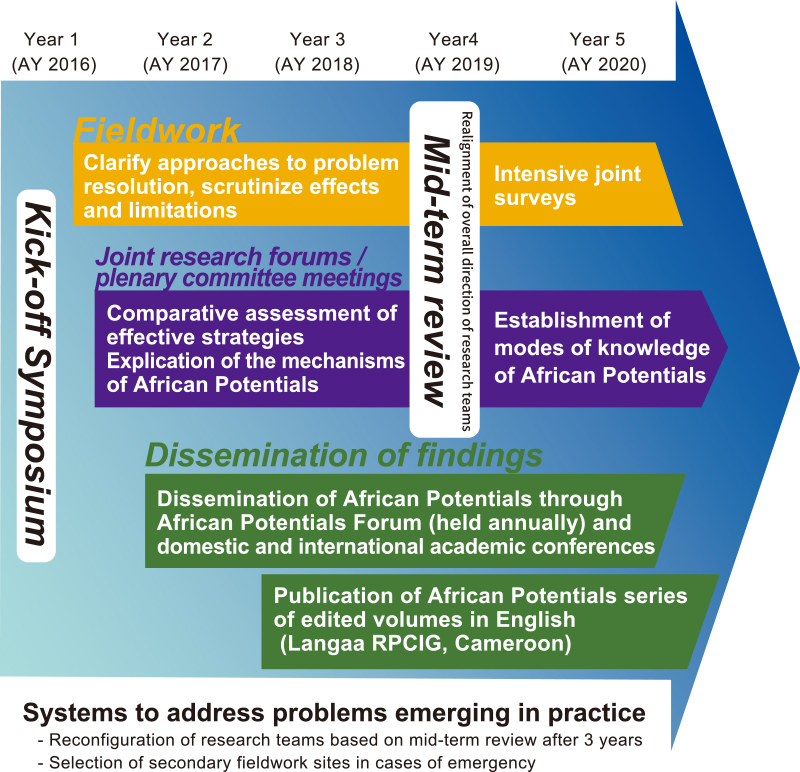 A thoroughgoing field-based approach forms the basis for our research methods. Long-term, intensive fieldwork is a feature of African Studies in Japan; our researchers develop lived experience in common with local people, which they can draw on in order to validate approaches prescribed to solve problems on the basis of African Potentials.

Finally, in addition to the primary African research partners with whom we launched and developed the African Potentials project, we collaborate with local community leaders and practitioners, African NPOs, governments, international organizations, and a range of other actors, organize African Potential Forums in various locations around Africa, and thereby support the evolution of African Potentials research. 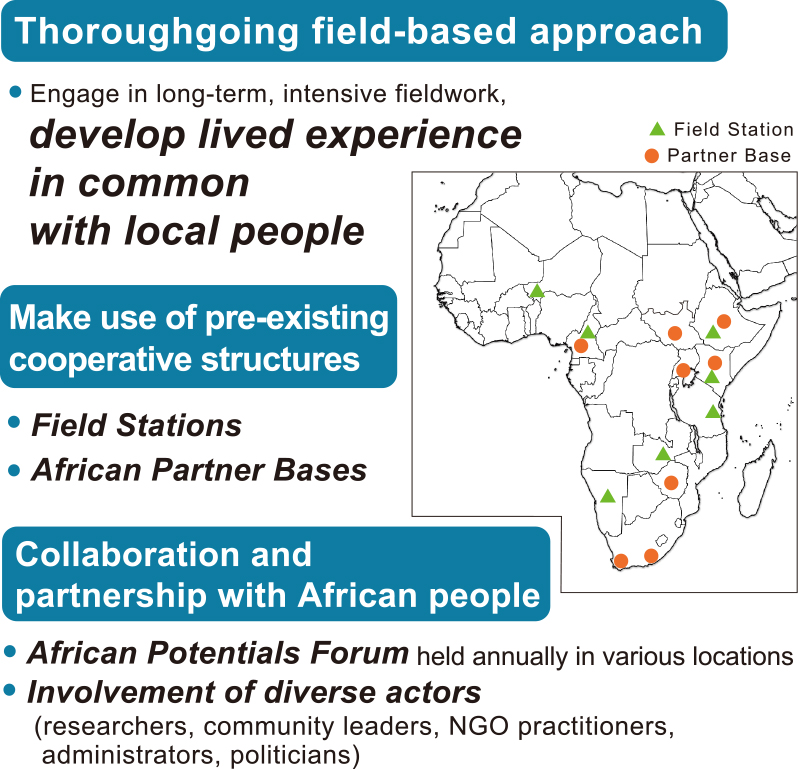