The 18th International Union of Anthropology and Ethnological Scientists (IUAES) 2018 World Congress was held at the Federal University of Santa Catarina (UFSC) in Florianopolis, Brazil from the 16th to the 20th of July 2018 under the theme:” The Past, Present and Future of Anthropological Knowledge. The congress registered 95 panels.” This is a report of Panel 061: Diversification and Re-organization of “family” and “Kinship” in Africa: Cross cultural analysis on economic discrepancy, conflicts and potential indigenous institutions for social security.

To convene a panel, the IUAES 2018 required promoters from at least two continents. in line with this requirement, Panel 061 was convened and coordinated by Wakana Shiino of the Tokyo University of Foreign Studies and Chris C Opesen of Makerere University.

Panel 061 presentations were made in UFSC, Block B, 2nd Floor, Room 201 on Thursday, the 19th of July 2018. Overall, the panel was a success. Out of the seven papers received for example, only one was not presented. This is the presentation of Aline Beatriz Miranda da Silva who had her presentation canceled because the panel was predominantly English based.

Each given 30 minutes, 20 for presentation and 10 for discussion, six presentations were successfully made in two sessions in the panel except Miranda’s.

For participation, each convener (coordinator), presenter and listener was awarded a certificate. If you have not received yours, kindly log in to your page. Unfortunately, Ass Prof. Wakana Shiino, who also doubled as the panel convener did not make it to the congress because its timing coincided with her maternity leave. In her absence, her co-Convenor, Chris C Opesen, therefore coordinated the panel with the help of Kaori Miyachi, Isao Murahashi and Ian Karusigarira.

The 19th IUAES congress will be held in 2022 in India after India put up a spirited and won a well-coordinated election campaign against Croatia.

The experience in the 19th IUAES was great. The congress offered a platform not only for cross continental and intra-continental scholarly networking but also for insightful discussion of scientific research done under “Diversification and Re-organization of “family” and “Kinship” in Africa: Cross cultural analysis on economic discrepancy, conflicts and potential indigenous institutions for social security.”

To benefit from similar platforms, we need to keep the forthcoming 19th IUAES 2022 in India in our plans. This will enable panel members to have as many presentations as possible published in the IUAES elite journal (annals). A support peer review process in this regard will also enhance these prospects.

Gratitude goes to Wakana Shiino for insightfully putting together the panel and remotely coordinating it, the African Potentials project for the funding support it gave to a number of scholars in the panel that made it to the congress, the entire panel membership for making it to Brazil and in particular, Kaori Miyachi, Isao Murahashi and Ian Karusigarira for the leadership support they rendered to the chair. 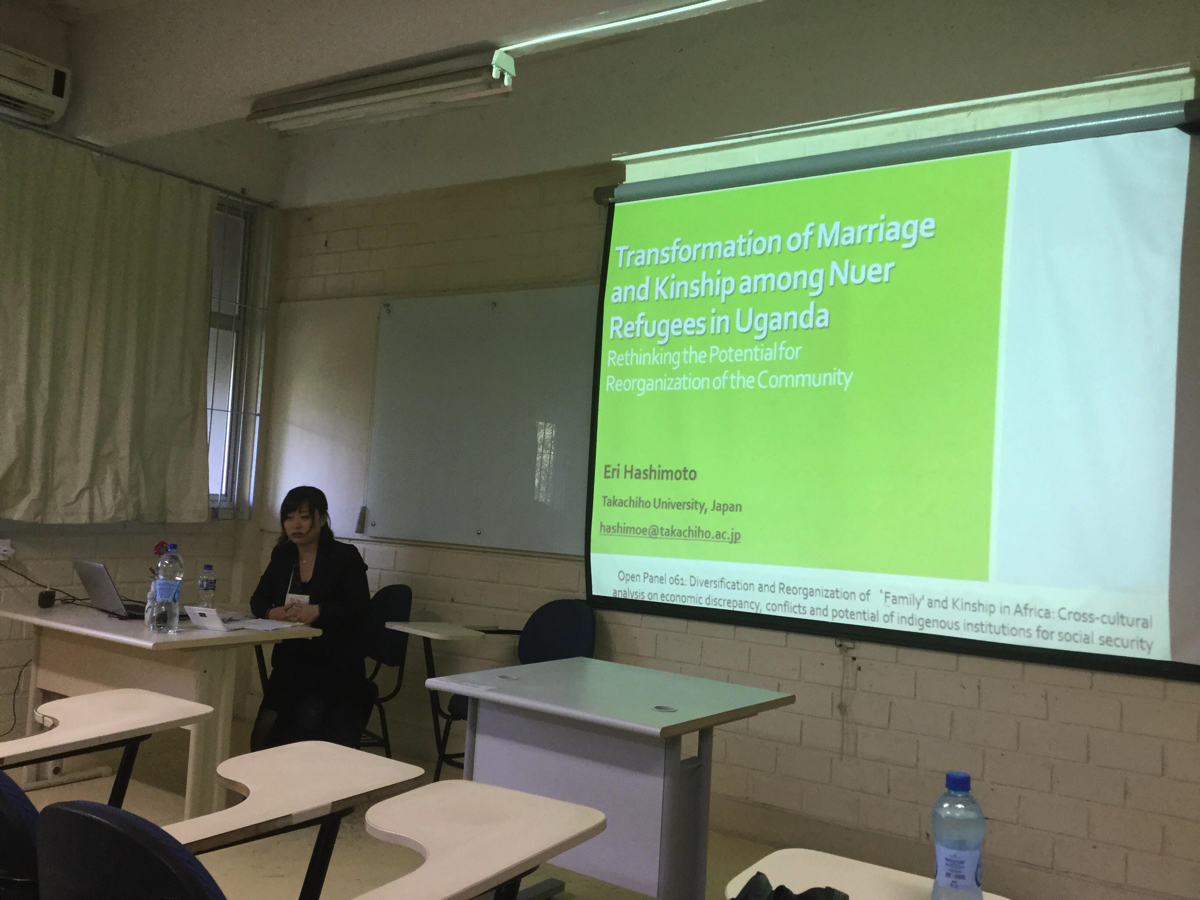 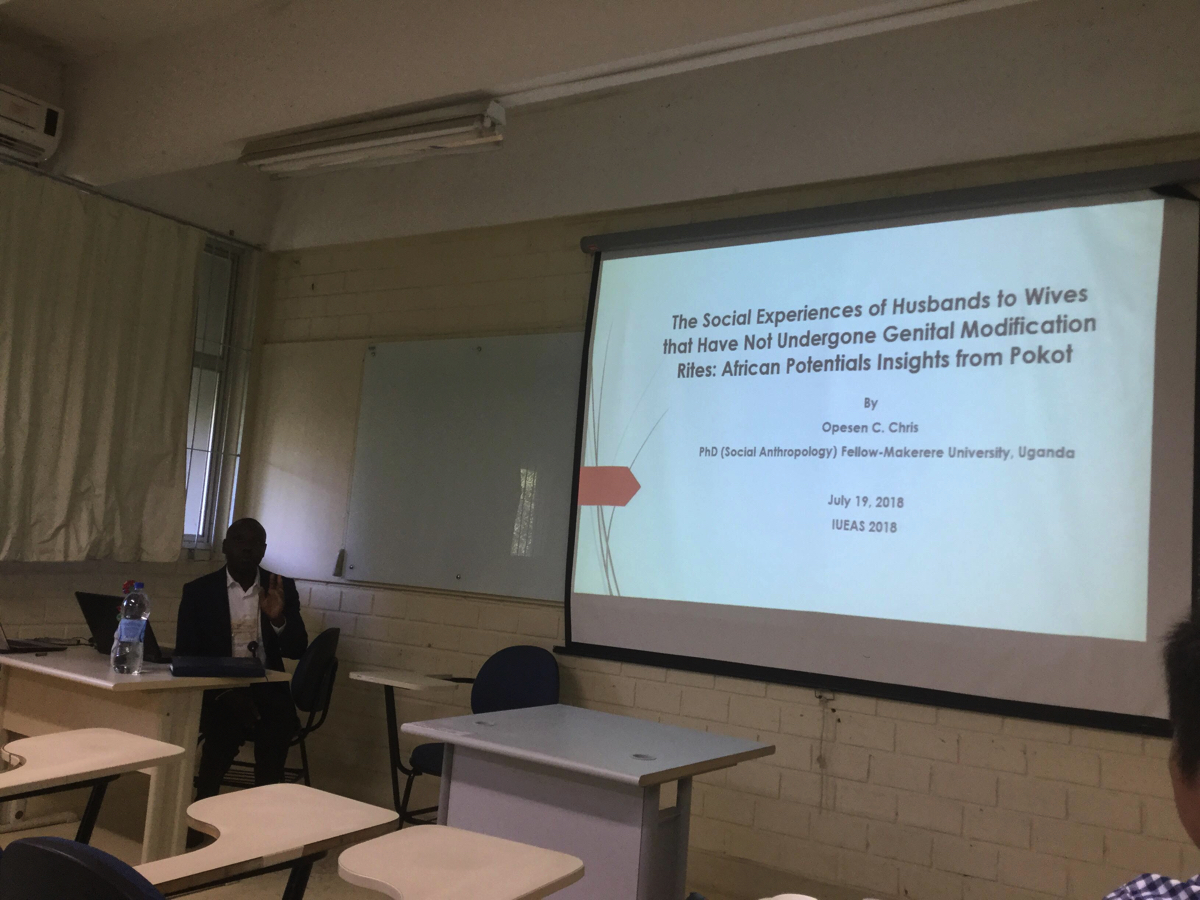 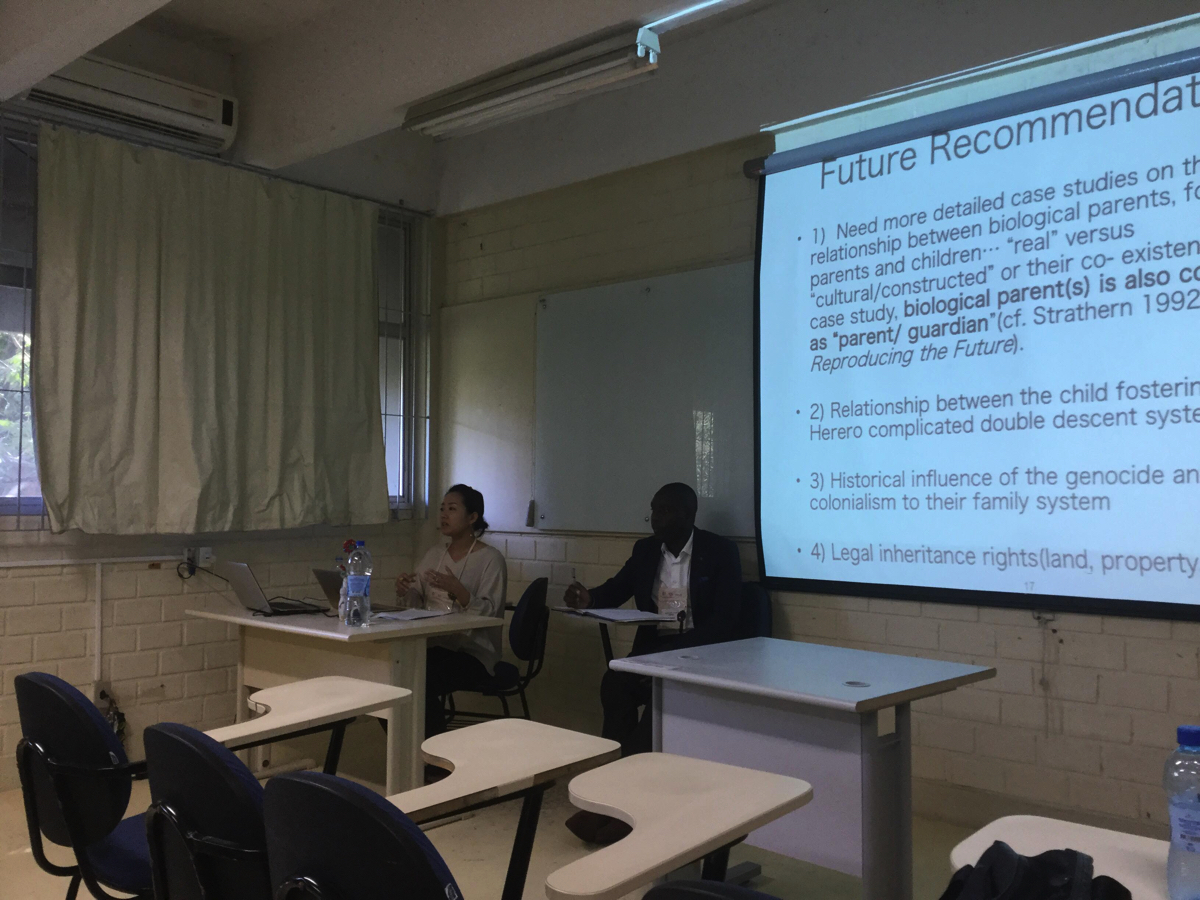 This entry was posted in summary. Bookmark the permalink.