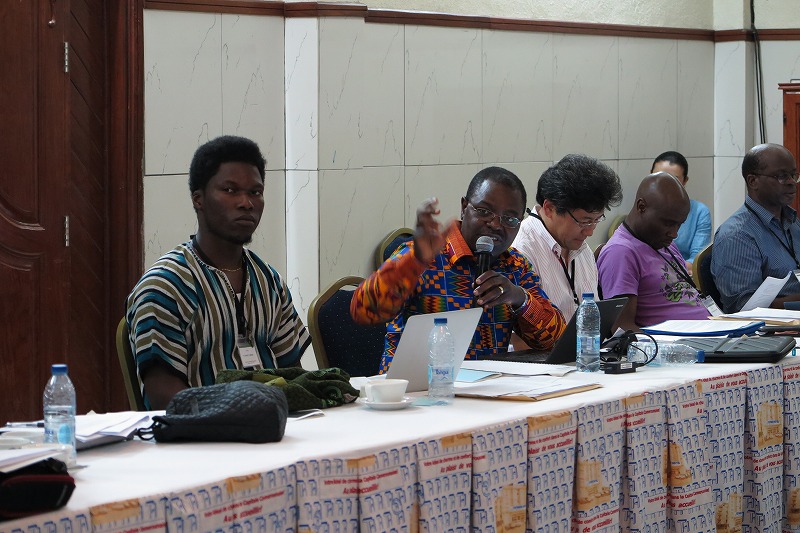 The project has organized the “African Forums on Conflict and Coexistence” annually in Africa and has developed international discussion with researchers and strategists from African countries. In the first year of the project, the forum was held in Nairobi in December 2011, followed by the second forum in Harare in December 2012, and the third forum in Juba in December 2013. The venue was then transferred westwards, to Yaoundé, for the fourth forum in December 2014. Realization of this forum is attributed to the close collaborative relationship which Japanese researchers have firmly established with the Department of Anthropology in the University of Yaoundé I.

The Yaoundé Forum hosted oral presentations (including a keynote speech) from nine African and six Japanese researchers who have focused on studies in central and western Africa. In addition to these speakers, four African researchers who have continuously taken important roles in the past three “Conflict and Coexistence Forums,” and six Japanese key members of this research project also joined as commentators. While outcomes of the past three forums are being reviewed, at this forum a lively exchange of views from diverse perspectives illuminated what are the “African Potentials” which could be utilized for conflict resolution and coexistence.

After Professor Itaru Ohta, head of the research project, explained the purpose of the forum at the beginning, Professor Edward Kirumira of Makerere University contributed critical comments on the past three African forums as well as the research project as a whole. He discussed the importance of developing the concept of “African Potentials” incorporating critical reviews and leading to practice, without romanticizing, compartmentalizing, nor essentializing it. 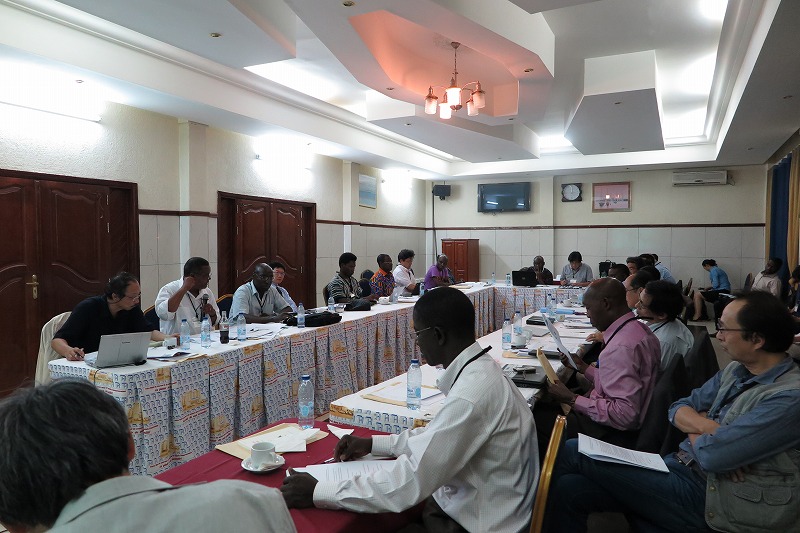 Following Professor Kirumira, Professor Francis Nyamnjoh of the University of Cape Town presented a keynote speech titled “Incompleteness: Frontier Africa and the Currency of Conviviality”. Prof. Nyamnjoh is an anthropologist from Cameroon, and is one of the mid-career African intellectuals who has extensively explored broad topics ranging from recent developments in chieftaincy in Cameroon, mobility of people in cities, and issues surrounding race and nationalities in South Africa and Botswana. In this keynote speech, he talked about “conviviality”, a central concept of his discussion, with reference to the mobility, variability and presence of frontier-ness among the African characters experiencing transformation in Amos Tutuola’s book, “The Palm-Wine Drinkard”. Presumably, his concept of “conviviality” should be a great theoretical support for the exploration of “African Potentials”.

In the same way as the past forums, the participants received the following five questions prior to this Yaoundé Forum. The presenters were requested to prepare a paper in 2000 to 3000 words, answering these questions based on their own experience in their research fields in an attempt for focused discussion.

Following the keynote speech, fourteen oral presentations were made in the five panel groups in the forum. The program is as below.

In these oral presentations, issues on conflict resolution and coexistence were discussed in relation to many concrete points, such as multi-ethnicity and indigeneity; roles of families or groups sharing the same origins; funeral rites and magic; chieftaincy; states and societies in post-war societies; and roles of the youth.

The following section summarizes issues raised in the oral presentations and discussion. At the general discussion held at the end of the forum, debate was made in reference to these issues.

This entry was posted in internationalsymposium-en. Bookmark the permalink.