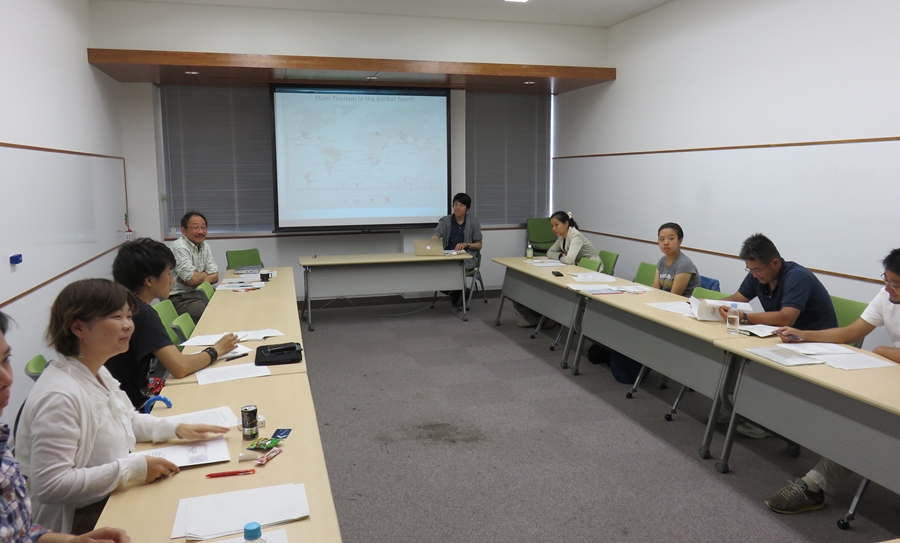 Kate Meagher (London School of Economics)
Informalization and Its Discontents: The Informal Economy and Islamic Radicalization in Northern Nigeria

Mustapha, A. Raufu
Violent Islamic Radicalization: Northern Nigeria in the light of the experience of southern Niger Republic

Since the early 19th century, religious and political ideas, religious groups, economic actors, and political forces have moved back and forth across the boundary between both regions. In the process, events in one region have tended to have ramifications for developments in the other. For instance, the Sokoto jihad of 1804 spread Qadiriyya Brotherhood influence to the territories that are now in Niger Republic and many ‘of the wealthiest merchants of Niger belong to this order, whose members are referred to locally as ‘yan sadalu’. Similarly, the Tijaniyya-Ibrahimiyya Brotherhood was spread from Kano to Niger in the 1950s and its members are known locally as the ‘yan kabalu’. Significantly, the Qadiriyya-Tijaniyya conflicts which racked Nigeria in the 1950s and 1960s also took place in Niger. In the same vein, the reformist Salafist Nigerian sect, Izala, also made an appearance in Niger Republic in the 1980s, having been formed in Nigeria. As in Nigeria, the appearance of this reformist Salafist sect generated high levels of religious discord with the established Sufis in Niger. And as happened in Nigeria, Izala also broke into two main factions.

Though the flow and ebb of ideas and people go in both directions, there is the recognition of Nigeria’s formidable cultural, religious, and economic influence on Niger. This is captured in the Nigerien saying: ‘When Nigeria has a cold, Niger coughs’.

Since 2009, northern Nigeria has been battling a stubborn Islamist insurgency spear-headed by the Boko Haram. Analysts have been speculating on the possible consequence of this insurgency for Niger Republic, given the shared characteristics between both regions. Why has there not been the development of a similar insurgency in Niger? This lecture reflects on this question. The lecture compares the drivers of possible radicalization in both regions, looking specifically at: (a) the variable cultural geographies of within and between the two region; (b) impact of historical forces; (c) the importance of economic processes; (d) the political and administrative dynamics in both regions; and (e) religious factors, especially the place of Christianity in both regions and the prevalence of some religious ideas such as secularism. Through such a comparison, it should become clearer why, despite their seeming similarities, violent Islamist radicalization remains dormant in southern Niger but active in northern Nigeria.

Meagher, K.M.B. Kelly (London School of Economics)
Informalization and Its Discontents: The Informal Economy and Islamic Radicalization in Northern Nigeria

This seminar explores the dark side of inclusive markets in the context of northern Nigeria. It examines how strategies of economic inclusion generate new dynamics of exclusion through processes of selective inclusion and marginalization. Despite the celebrated resurgence of the Nigerian economy, the majority of the population has remained trapped in the realities of jobless growth, rising poverty and expanding economic informality. The interface of historical disadvantage, economic reforms, and the dynamics of the global economy have exacerbated problems of regional inequality within Nigeria, concentrating the benefits of inclusive markets in the south and the negative side-effects in the northern region of the country, fostering escalating poverty, disaffection and Islamic extremism.

Drawing on fieldwork conducted in the northern Nigerian cities of Kano and Kaduna in 2014, I will explore the nature and limitations of inclusive economies within the context of northern Nigeria’s vibrant informal economy. I will focus on how inclusive economies have exacerbated economic stress within northern Nigeria, and generated new and increasingly problematic processes of exclusion. Based on interviews with operators and associational leaders in a selection of eight common informal production and service activities, I show how mounting economic pressures are restructuring patterns of ownership, social identity, educational attainment and religious affiliation within the informal economy. Indigenous institutions and networks of religious tolerance and economic interdependence are being eroded by new patterns of competition over access to informal jobs based on education and identity. Popular disaffection is heightened by human rights abuses by security forces and graduate employment programmes, which further marginalize poor and less-educated informal actors, exacerbating economic stress and resentment against the state, and creating a tinderbox for violence and Islamic extremism.

［第18回公開ワークショップ／西アフリカ・クラスター第7回研究会］Murray Last「The Dilemma in Being an Islamic Radical in Northern Nigeria: Whether Non-violent or Violent」（第24回Kyoto University African Studies Seminar (KUASS)との共催、2014年05月20日開催）

演題：The Dilemma in Being an Islamic Radical in Northern Nigeria: Whether Non-violent or Violent
演者：Prof. Murray Last (ロンドン大学名誉教授)

Tobacco is a major public health concern worldwide and a major leading cause of preventable deaths. Methods used are review of survey results from the 2002, 2007 and 2011 Global Youth Tobacco Survey (GYTS) and a desk review. The GYTS included school grades 7, 8 and 9. The never smokers likely to initiate smoking in the next year were 22.6%. About 19.1% of the students had ever smoked cigarettes. About 22% of students reported that one or more of their parents smoke. Among some of the students who were current smokers some reported wanting a cigarette first thing in the morning, an indicator of nicotine addiction. Some students reported being offered free cigarettes by a tobacco company representative. Zambia has made tobacco use prevention a primary health issue as evidenced by the ratification of the World Health Organization (WHO) Framework Convention on Tobacco Control (FCTC) on 28th May 2008. There is need to have a comprehensive tobacco control law which is FCTC compliant. Findings presented in this paper show that there is need for interventions towards tobacco control amongst young people who represent the ages of tobacco use initiation.